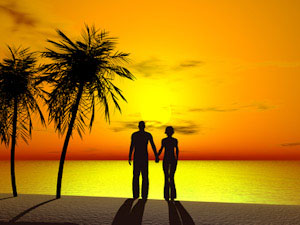 A lot of infidelity storylines have already made it to local cinemas. Even on Facebook, we may have seen one too many threads on real-life affairs and betrayals for the public to feast on.

And it’s not a pretty scene. It’s almost always the erring woman who gets the blame. (I am not saying it’s right tho, but it happens). But have you ever realized that maybe some of these things happen because “How single women should deal with married men” was never a topic in school? *shocked face*

We, women, were born to shine and lead in our own way. So we need to familiarize ourselves with our role of becoming BUILDERS of society and not destroyers of homes.

Did you know that some workplace affairs, for instance, happen unintentionally? The erring parties may have not planned any of it at all. But things only get worse because they have not been wary enough to catch the ‘signals’.

Because these seemingly harmless actions may turn bad when done with friends who are married.

SCENARIO FOR THE LADIES: It’s late. And you and unmarried man office mate live in nearby villages. For the sake of practicality, hitching a ride with unmarried men office mates is a good idea. But there are some things wise men and women should ask internally.

When the scenario involves a married man, we ask the same questions, and then some more. We add this: “Will the wife mind?”

Adding this small but important detail makes everything different. The seemingly harmless thing will be put to perspective. Thus the answer to questions like “Is it awkward”? will be YES.

And just to give you an idea – yes, the wife will always mind. If they don’t, they should.

Not because there is already a brewing love story happening. Or anything malicious. But because of this one unspoken but vital rule: Married men (or women) should make it a CONSCIOUS EFFORT to NOT be left alone with the opposite sex.

Book author, inspirational speaker, and a dedicated husband Dale Partridge shares what he and his wife did in order to “increase awareness and intention not to be left alone with the opposite sex” in his article”How To Protect Yourself From A Workplace Affair”

I am not naive to the many threats looking to plant seeds of destruction in our marriage.

Last year, my wife and I made an agreement to never intentionally be left alone with another person of the opposite sex. That means if I have a work meeting with a woman, I bring someone with me. If I’m working from home on a day we have a female babysitter; I work from a coffee shop. – Dale Partridge

He said this not because he’s crushing on the babysitter or has any malicious intent on a workmate. But because, as a married man, he should have a conscious effort to track whoever he spends time with. Keeping his guard up by not allowing the opportunity of “planting seeds of destruction” to happen in his marriage.

Now you may be thinking that this is too much and that it’s paranoia. But mind you, some couples who have experienced infidelities in marriages did not suspect or believe that such “seeds of destruction” was possible in the beginning.

Things may have started out casually – until such time they realize that “feelings” have begun to develop, and then it’s too late.

That’s because they allowed small and “normal” things to happen, such as maybe casual lunch dates or other forms of ‘spending alone time’.

So regardless of whether you and married office mate swear by being just friends – if you know you’re going to be left alone, stuck in traffic especially with a man that is married it’s best to just to take UBER or GRAB.

2. TEXTING OR MESSAGING TOO LATE AT NIGHT

Aside from work, what kind of message could you not possibly put off to tomorrow? If you’re messaging at night to talk about the cute dog video you both saw in the morning – the wife will mind. This is the same as saying “good morning” or “good night” without a follow-up, work-related agenda.

Because chatting up anything late at night would mean only one thing: “thinkin’ of you.” And you wouldn’t want to be thinking about a married man at night, would you? Or, if you’re a guy, you definitely don’t want your wife to think you’re thinkin’ about someone else?

Pinoys, especially young ones love a good laugh. And it is not uncommon to put humor in devastating realities – including infidelity.

We may have heard it one too many times, especially for bf-gf couples. Sometimes, the joke “Uy pare, parang hindi siya yung kasama mo kagabi ah. Parang iba ah.” is acceptable – and the girlfriend would “probably” not mind. It’s a joke hinting that the guy is a “chikboy” seen with many girls. 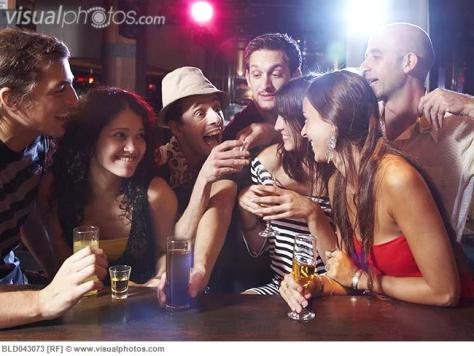 True or not, this seemingly harmless joke is NEVER acceptable with married couples.

A few years ago, when I was still single, my married woman friend shared with me that she felt bad and offended when an office mate of ours made this joke to her in front of her husband. The joke went “Ah siya ba yung asawa mo? Parang iba yung pinakilala mo nung isang araw ah”.

And I remember that I did not understand. To me, it was just a joke! I hear it all the time. Why would she be offended, especially when it’s not true? She’s being too sensitive about it.

But now that I am already married, I already understand why these kinds of jokes are not applicable to married couples anymore. Here’s why:

The reason is that any joke that hints at infidelity is not something that a husband and a wife would want to make time for. “Graduate na tayo diyan.”

The only acceptable things that should make it into their conversations are bills, kids, work, and their future together. They have a different goal now, and any joke about infidelity could destroy that goal.

Besides, joking like this could imply that there is some form of truth in the joke.

If it were an unmarried guy being the butt of the infidelity joke, there is still room for understanding – because unmarried men are still in the dating scene and can/may still be seen with different women. [And yes, at this point I realize that the world needs to scrap stereotypes like this but that topic is for another blog].

But married men no longer have that privilege cloak of understanding because he’s expected to be loyal within a marriage. If he’s not loyal, that is a ground for termination of the contract of marriage (and of the love of his wife, charot!).

This is why marriage is not for everyone. If you think that you cannot build a dream or attain a goal with only one partner, then don’t get married. But respect those who choose marriage by allowing them to thrive together.

Marriage is not a joke and should not be taken lightly through condescending tones.

I am adding this because not many girls know this! Including me, when I was still single!

In college and single, I asked permission from my mom if I could sleep over at my high school girl-friend’s place – WHICH WAS WHAT WE HAVE BEEN DOING SINCE!

I was surprised that mom didn’t want me to sleep over this time saying “Anak may asawa na siya hindi ka na pwede dun matulog.” (She’s already married, you can no longer sleep over her house.)

During that time, I did not get whyyy! I thought “But she’s my best friend! And she invited me!” And duhhhh it’s not like I “like” her husband!

But now it’s different. It’s not that we plan on “planting seeds of destruction” on the husbands and wives of our friends. But it’s because we are respecting the unspoken marriage rules.

Finally, when all else fails…pray intently to God to give you the wisdom to discern right from wrong.

But most importantly… for the strength to…